Kaya Cade remembers a time when the world was young and days lasted a thousand years. Just over a decade later and those days seem light-years away. She finds herself in a tedious job having in that decade made a complete mess of her life, her friendships... There is no magic in this world. No adventure.

That’s what she thought until, it turns out, faeries are real and plucking out the eyes of any who look on them without permission, as she now has. The only ray of hope is a rumor that a witch lives in a lighthouse on a hill near Irongate, but when Kaya goes there this ‘witch’ is someone she betrayed in the past. Will she put aside her grievance to help solve the mystery in the present?

Irongate is a story about friendships, family, growing up, hidden people zealously guarding their privacy, and about a world undergoing great change. Things that were once only dreamed about are suddenly becoming real, but twisted into nightmares by the irresponsible and reckless. Monsters hunt men, while in the shadows future Gods lie teething. 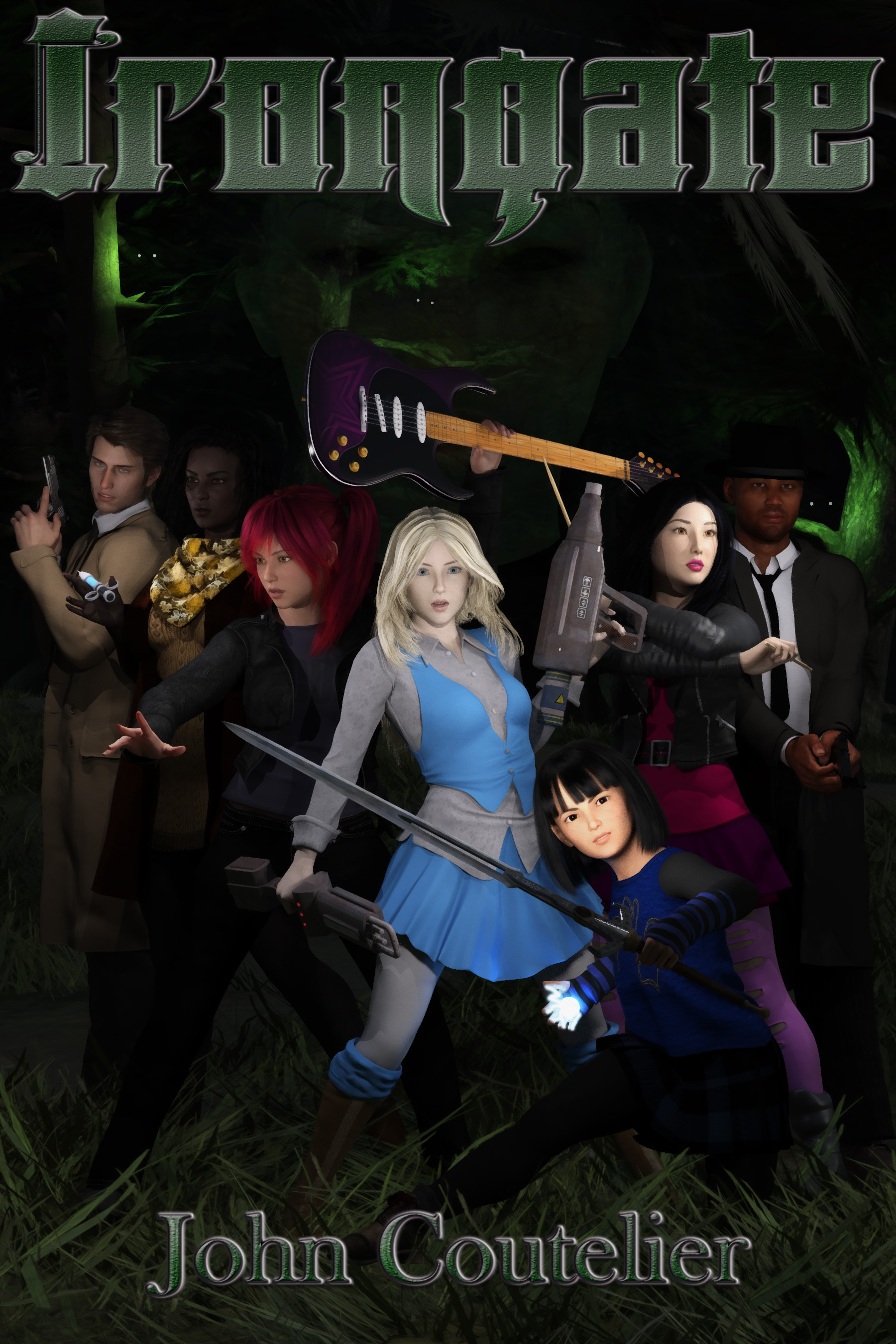 I'm not Jesus, but we have the same initials. I do often let my hair grow long and not bother to shave, but ask me if I'm Jesus and I'll just calmly shrug and say 'that's what you call me', then walk away over water.